An Illustrated Exploration of the Artist, His Life and Context, with a Gallery of 300 of His Greatest Works 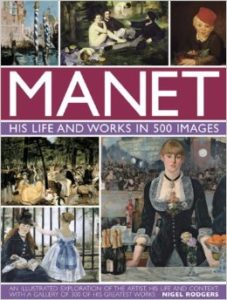 Manet shocked all Paris when he unveiled Music in the Tuileries Gardens in 1862. He carried on shocking the critics and public all his life — often unwittingly, for few artistic radicals have revered the Old Masters more. But Manet was a paradoxical painter. Hailed as their ‘king’ by the Impressionists, he was never a true Impressionist. Labelled a realist by often hostile critics, his later art became increasingly unrealistic. He is now regarded as the very  first modern painter for choosing to depict contemporary life on the boulevards of Paris, the ‘capital of the 19th century’, not scenes from ancient history or legends. Read about his work and life and the birth of modern art in this superbly illustrated book.