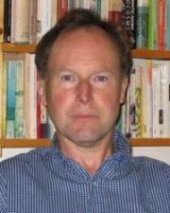 I write on the subjects below. Despite their variety, all enthuse me. Rather than staying locked inside  a particular discipline, I prefer a panoramic, synoptic view. My aim is to stimulate, inform and entertain, at times seeking out previously unspotted parallels or little known aspects of the subjects concerned. These include:

My books have been translated into fourteen languages.

After graduating with a degree in history and history of art from Cambridge University, I travelled around many of the continents and then lived in London and Paris. I am now based in Wiltshire, southwest England, almost within sight of Stonehenge. There is a small megalith outside my own house.

I am the founder of  Pipedown,  the Campaign for Freedom from Piped Music and was a founder-member of the Siesta Club (currently in abeyance.)

‘Every great philosophy is the confession of its founder, a kind of secret and involuntary set of personal memoirs.’